Turns Me On EP 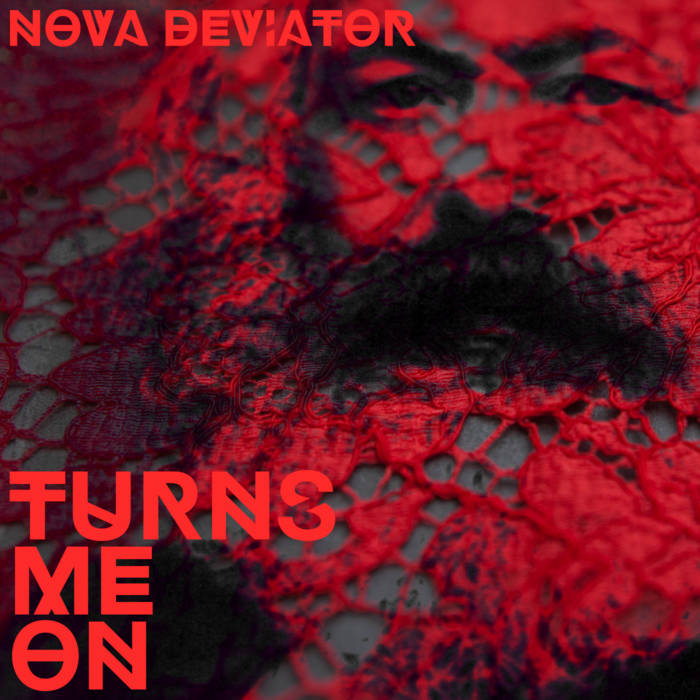 The intro does not leave you hanging: here comes an electro beat, lined with a relentless bassline and supported by a mix-up of samples from a well-known house track and a rhythmic litany by a male voice.

The title track has no refrain, no breakdown, just two long verses that keep on going and going. At first, the lyrics seem to be about those almost "stereotypically sexy" female adornments. The assumption that they are exclaimed with possible sexual aims is soon affirmed, but the lyrics of the second part of the track subverts the arousing into other daily phenomena not so typical of sexual hints.

My desire to talk about a fairly contemporary state of male sexuality – some kind of media programming of a “reptilian” part of the male brain to be sexually triggered with an image – is not so new. Subjective history takes me back to the solo performance called “fiberoptikal” where I wrote a song with verses: “frozen little images / are blocking my sight / making me uptight / they're like bondage rope”, referring to the sexualized images of female body, including arousing erotic lingerie, specific body parts and their shapes, nail polish, makeup, high heels, specific body poses and movements etc. It was further developed in the performance “Frozen Images” by Wanda & Nova deViator (with Maja Delak), but didn't make it onto our debut album “Pacification”, so only those that attended the “Frozen Images” concert performance(s) might know about it.

On the other hand, Emanat institute started to develop a new type of feminist and movement-centered burlesque performance. Informed by remix+edit appropriations via electronic dance music and contemporary technological development it was called “Image Snatchers”, a techno-burlesque. In autumn 2014 a workshop with the great performer Ursula Martinez took place, thanks to collaboration with the Ljubljana's festival City of Women, where the seeds of another take on 'programming of the male mind' were planted: a burlesque number called “Turns Me On”. While researching for that piece I subjectively gravitated to a bit of personal history, a popular early house track with a moaning female voice, in my current view another example of voiced embodiment of hyper-sexualized desire, sonic enactment of submission and objectification, in a retrospect a metaphor of manipulation for profit and greed by white male capitalist.

Dedicated to all who suffer from erectile dysfunction.

Thanks to The Feminalz - the legendary Image Snatchers troupe, Emanat, Klub Gromka and Ursula Martinez