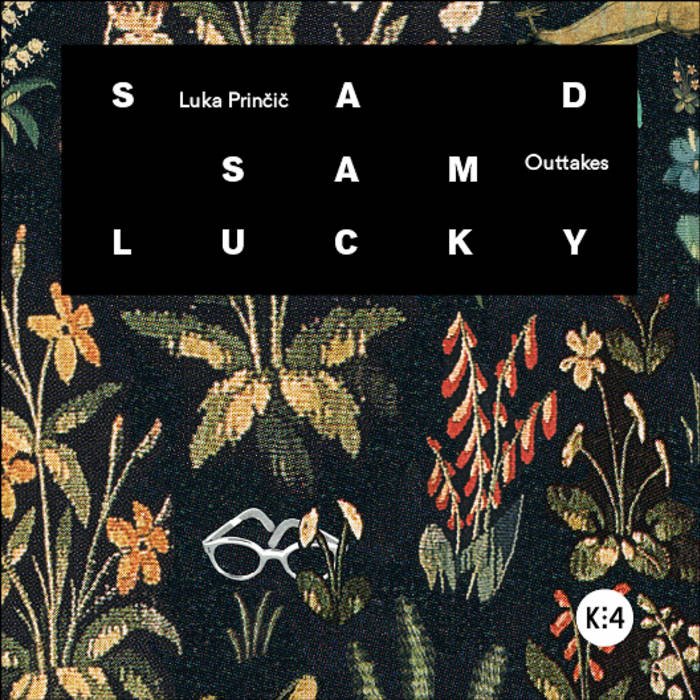 In April 2012 choreographer and performer Matija Ferlin created a solo piece Sad Sam Lucky, which was a physical response to the work of the Slovenian avant-garde poet Srečko Kosovel (1904 – 1926) whose poetry is profound, contemporary in its spirit, internal tension and stylistic imagery, at the same time revolutionary in its ideas, brimming with immediate reflections of his personality, deeply touching and poetically invaluable. Driven by the lasting relevance of Kosovel’s verses Ferlin created a form of a highly physical, turbulent and emotional homage to this very unique avant-garde author.

“This music seems like a time machine with a finger on the pulse of today and staring back into industrial times. When making it, there was a need to discover a certain tension of that past time, when 20th century Europe was just out of puberty and Kosovel was writing about visions of gold and dung, and there’s the backdrop of World War I ... The sounds on this record are not about Slovenian poet Kosovel, neither about Croatian choreographer Ferlin. The sonic structures and blocks are about the intensities and movement caught in-between the industrial and information ages or, rather, they are from here and there at the same time, purposefully created from various symphonic materials, granulated and processed in with the desire to tackle certain feeling of matte patina.” (Luka Prinčič)

The music’s starting point were associations to neo-romanticism, a certain non-contemporary contemporaneity, and immersion into the past with the present in the heart. The working process for the formation of different sonic ambients for the performance was based on a cluster of concepts, memories, desires, dilemmas, aesthetic abstractions and questions, diffused thought images which emerged inspired by both Ferlin’s and indirectly Kosovel’s work.

In retrospection, after the première in April 2012 and after all the time inbetween, the priorly diffused images have now become glued together and combined with ambiental outtakes into a clump, into a seeming whole: Srečko and his dark premonition of Europe, suffering and preoccupation with a personal and collective apocalypse, Karst, mother, revolution and death, it all connects with dance, choreography, acting and scenography of Ferlin’s performance into multi-layered movement of images that echo from the more or less recent past.

The present derivation “Sad Sam Lucky Outtakes” are those omitted sonic pictures which in retrospect resonate with that retro-clump, but at the same time function as independent compositions. Music is purposefully static, compositions do not contain ‘proper’ beginnings, developments, or endings. They are like frozen images of intensity, half Kosovel’s half Ferlin’s, suspended in twilight.