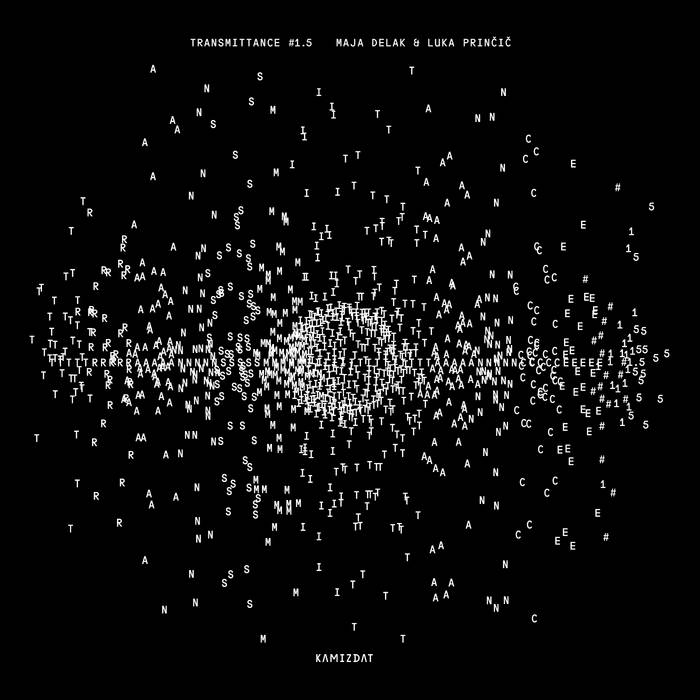 “Transmittance #1.5” is an edited sonic document of a live situation – a broadcast of an audio-visual telematic performance in the summer of 2011. The positions of earth satellites published by NORAD were used in real-time to shape the sound textures and the input from a remote audience was used to structure the chapters of the sonic story.

Transmittance is a project that was active in years 2010-2013 and was conceptualised as an exploration of local, global, networked and broadcasted collaboration. It involved a changing artistic group of performers, visual artists, musicians and computer programmers to research performative possibilities of streaming, broadcasting and telepresence forging new types of performance and audience.

One of many versions, the “#1.5” was realised through a collaboration with ESC Gallery in Graz. Maja Delak and Luka Prinčič took part in a third week of worklab organized by ESC Gallery where the focus was steping deeper into the possibilities of interpretation of data from a nano-satellite. “mur.sat” was an artistic project by “mur.at” to launch a nano-satellite into a low earth orbit. The worklab inspired the process for a Transmittance session where a 'prediction' software based the calculations of precise locations of various earth satellites on live data from NORAD and sent them to the local network. This data was combined with the idea of an ‘atmosphere/ambience’ – an idea of a long durational scene, where performer’s body accumulatively interacts with a generative a/v system.

“The Transmittance project tries to rethink the notions of spectatorship and spectacle, ways of watching and seeing and the audience as spectators from the outside. In framework of free telepresence technologies it is a quest to open new spaces of visibility for performance and new media art and while critically deconstruct also actively bypass power structures that have a hold on physical spaces of artistic representation.”

thanks to Reni Hofmüller and everyone at ESC im LABOR, Graz