← back to
Kamizdat
Get fresh music recommendations delivered to your inbox every Friday.
We've updated our Terms of Use. You can review the changes here. 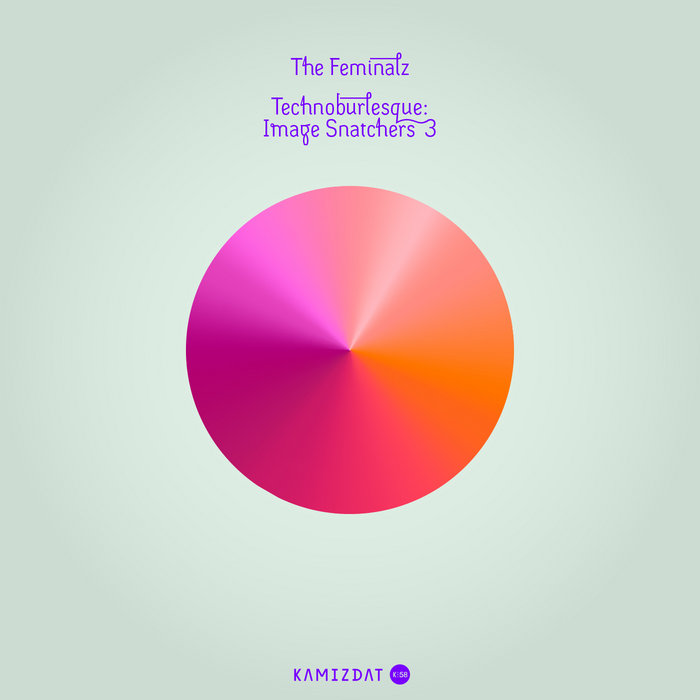 The Feminalz present the third part of the Technoburlesque: the subversive electrocabaret with elements of ex-Yugoslav pop culture and playful queer feminist humor. The door to the disco club, to the new eighties and the old noughties, to modern trap and contemporary schlagers is wide open again. The songs are based on individual acts from the performance Image Snatchers, produced by Institute Emanat, which has been running since April 2013 and has been performed over 60 times. Image Snatchers are a proof that a performative variety show that is responsive to the trends, resistant to social norms and cynical towards normality is a form of social commentary that is very much alive. And so for the third time we have decided that the show deserves a repeatable consumer product.

The adaptations, remixes and the original club music for Image Snatchers show are developed by Luka Prinčič (ex-Nova deViator, Deviant Funk …) together with new and regular members of The Image Snatchers: DeeDeeVoid, Musée-Cunt, GlitterAid and, as songwriter, Gospod Magdalenca. The reshuffled team of The Feminalz present themselves with five new tracks and deliver what they are best at, a mix of instrumental club hits and verbose, text-based songs, which function both as performance acts and as repeatable recordings. The subversive note of the album becomes obvious through a juxtaposition: the remakes of the disco hits “I’m Every Woman” by Chaka Khan and “So Many Men So Little Time” by Miquel Brown become farsical if set beside GlitterAid's trap song “Gucci gučí” and parodical when set beside the electro theme of “Neodvisne ženske Pt.1” (Independent Women Part I). The third musical portrait of Image Snatchers is rounded off by the remake of the Yugoslav schlager song “Nogometna utakmica” (Football match) by Beti Jurković.

Thanks to all Image Snatchers performers for almost 10 years of the exciting and challenging process of creation that made me make music I never would think I'd do and for teaching me the value of humour.

produced by Emanat
released by kamizdat.si